5 Different Types of Solar Panels and Their Cost

Solar panels work by allowing photons (light particles) to help with the free flow of electrons, which in turn generate the flow of electricity. The solar panel has a sandwich-like structure called the photovoltaic cell that is made up of semiconductors, mostly silicon. 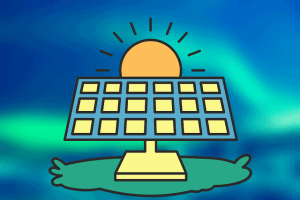 According to Unbound Solar, you need to establish your goals before choosing the type of solar panels you want to install on your premise.

Different Types of Solar Panels and Their Cost

These solar panels are made of the purest silicon. They are easily recognizable from their rounded edges and uniform dark looks. Because of silicon’s purity, they are the most efficient solar panels. They occupy less space, last longer, and have high power output. They are not easily affected by high temperatures, unlike other solar panels. A 50-watt solar panel goes for around 1600 rupees while the bigger solar panels that produce 350 watts go for around 8700 rupees.

The cells of these solar panels use thin-film cells. They are mainly used for small solar systems, photovoltaic power stations, and integrated buildings.

These are some of the cheapest solar panels. They are manufactured by placing one photovoltaic material after the other on a substrate. They are easy to manufacture and thus they are cheaper than other solar panels because the materials used to manufacture them are less expensive and readily available. These can go up to 13,000 rupees depending on the brand specifications.

These solar panels are used to make things like solar pocket calculators. They use triple-layered technology. This is the best thin-film variety. They have a 7% effective performance, but they are very cheap.

Most of these solar panels are thin films and are still in the development stage.

This solar panel is still in the research and development stages. Insider research shows that these solar panels will try to emulate photosynthesis to make electricity. We just have to wait and see how this goes.