A Guide to Smurfs Village Game in Android

This quiet Smurfs Village game in cartoon style dedicated Smurfs – good and funny creatures, invented by Belgian artist Pierre Kyulliforom, drew his comic strip. More recently, renewed interest in the Smurfs by entering the new film “Smurfiki 3D», starring a superb Neil Patrick Harris, Barney from the TV series “How I Met Your Mother.” Something like a well-known hit game Settlers, where exactly should also develop the village. And in fact it is the same strategy as Paradise Island, it makes sense to implement the game is reduced to some simple steps and the accumulation of resources for new buildings facing more time and play money. The game is completely free, but you can buy game currency with which to accelerate development. And you can just play the game. 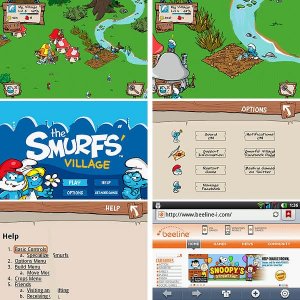 Menu of the game is extremely simple – you can turn off the sound (by the way, pretty quickly molesting his obsession), to re-start and join the fans of the game in Facebook and Twitter. Also see background information about the game and go to the website developers – the company Beeline Interactive, where you can meet other games created by the same team. The entire game is in English, but, first of all can be understood without knowing the language (and at the start of the contributing tips, arrow pointing right exactly what to do). And, secondly, this simple

is a great way to improve their language skills, if they are low. 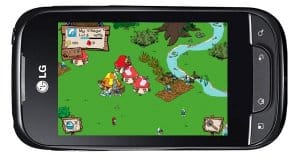 Gameplay consists of building new buildings, growing and harvesting crops. The more houses in the village – the more workers Smurfs in a player. You can set the pace of the game, using the fast-growing plants, or conversely, to engage in planting crops for harvesting require many hours. Simply put, when given a minute you can earn points every 30 seconds. And the rest of the land planted with something requiring long-term care. As the saying goes, a soldier asleep – and service is still Smurfs live their lives even after turning off the phone (their life cycle is tied to the clock and calendar, smartphone). 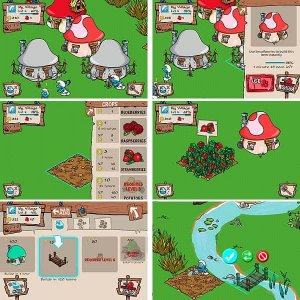 The Smurfs Village Game menu includes three tabs with buildings, plants and buildings for storing Smurfs and berries – game currency, the accelerating structures. In the menu of each building and planted areas can be selected to achieve instant results, if the pay that amount in Smurfit-berries. Visually, it looks like this: working Smurfs drinking tincture of magic berries and began to work rapidly, quickly reaching the goal. A special tab Smurfberry Shop you can spend real money (use your account settings in the Android Market and bank card tied to it), buying Smurfs and berries in small and just huge quantities. Special visualization mode (activated by pressing the Move in the lower left corner of the menu) allows you to disable images of buildings, leaving only the outline and optimal set ready built. 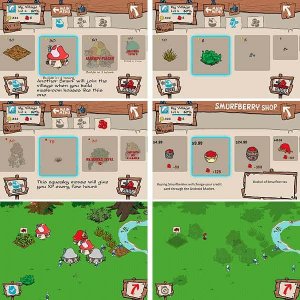 A nice feature of the game, which allows to vary the gameplay are the built-in mini-games tied to the buildings of a certain type. For example, in a building called the Pope’s Laboratory Smurfit can make magic potions that enhance the player experience points. Looks mini-game is very simple – you need to drive a finger on the touch slider, trying to combine and retain the balance of the two triangles. In tasks is no big deal and creators of the game to use the touch capabilities of smartphones.

Another task of this type – a bakery. Specify here a little different type, but is also simple. After the assignment re-passing the mini-games available in a few hours. But, of course, everything can be accelerated by using the Smurfs and berries – the universal game currency. 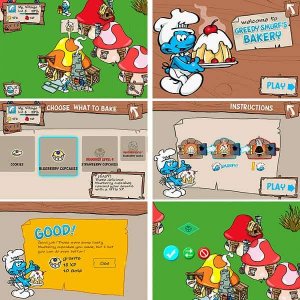 The main element of socialization and attract new players – the opportunity to invite friends from Facebook and see the villages of other players (of course, need an Internet connection). After each completed assignment game player gets experience points. They allow you to move to new levels of game and get new types of buildings and plants. And that means – new opportunities.

Smurfs Village Game is good its very leisurely pace of the game and perfect enthusiastic players who are alien to gambling. Cute characters, simple and solid job creation in the form of new buildings and the cultivation of berries and fruits. A good alternative to games – the killers of time, requiring no active operations associated with violence or gambling igami. Therefore, it may be just fine, such as children.

After a long time, great news will come out that bringing iOS support to its smart watch platform with the launch of its Android...
Read more
Android

According to a saying, “it is better to be safe than sorry” and the best free antivirus for android tablet exactly lets you gear...
Read more
Android

Have "World of Warcraft" and "Angry Birds" finally lost their luster? If you're looking for the next greatest thing in gaming, here are five...
Read more