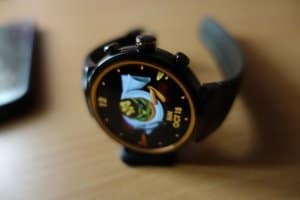 After a long time, great news will come out that bringing iOS support to its smart watch platform with the launch of its Android Wear mobile application in Apple’s App Store. This is supported by the latest iPhones, those that are running in iOS 8.2 and above version which means (iPhone 5, 5c, 5s, 6 and 6plus) with this Android Wear watch to bring simple and helpful information right to your wrist.

As the report comes that only new Android Wear watches, which come with set of features will work with iPhones, but the watches already runs Android Wear 1.3. Older watches will not come with version 1.3 preloaded, so they are unable to get an update or we can say it won’t connect to the iPhone. Google entered the smart watch market in the previous year when it launched its Android Wear.

Google has some limitations on how Android Wear works with iPhone devices. Limitations are like Apple user will not be able to connect their Android Wear watch to a Wi-Fi enabled network; they can only allow using it as a cellular connection. This is really a suspense, that how time iPhone owners will have to wait, since Google has not said when this secret will be revealed.

iPhone device holder will not allow to be access the around 4000 Android Wear application from Google’s play marketplace, which is made by third party software makers such as Dating app Tinder and Social network app Pinterest through their Android Wear watches.

It offers a wide range of watches, that great thing about the Android ecosystem from a variety of manufactures and it extends to wearables. Fashion and attraction are playing a crucial role in today’s life, as it offer you to choose from a variety of watch styles which will be appreciated by those customers who are not satisfied with Apple’s three watch collection.

Google has merging surprising number of features while working with iOS devices. It supports features like native apps, fitness tracking, voice search and many more features which is awesome and creating its huge range of market day by day.

Unlike the Apple watch, it allow you to set the screen on all the time which mean screen that always open watch works more like as an actual watch. You do not need to move your wrist to wake it up again and again. Anytime at a glance, you will able to see the time. This features is totally contradict to the Apple watch does not have this feature. There is no need of a watch if it not allows you to see the time at a glance.

Android Wear for iOS work same as it works for Android Phones. You will get all the notifications from your favourite Google services such as Google Calendar, G-mail, Google Fit, alarm agenda, weather and so forth. It also works with voice queries and you can easily change the watch face just as done with your Android app.

According to Google, you do not need to install these all application in your device as it offers these in built into iOS app. This app help you set fitness goals, and get daily view of your progress as it automatically tracks your walking and running not only this it even measures your heart rate

A lot of Macintosh OS users suffer from the problem of renting or buying movies or video clips from the iTunes store, ending up...
Read more
Apple

How to make utmost use of Apple’s iCloud?

Apple’s iOS, iPhones, iPads, iPods and more.. As we all know Apple is one of the leading companies in the market that is largely popular...
Read more
Apple

Technology is increasing at such a rapid pace these days, meaning that it is often quite difficult to keep up with the latest products...
Read more

Which are the most common mistakes made when transferring cryptocurrency ?

How to Choose the Best Realtors in Miami ?

Which are the most common mistakes made when transferring cryptocurrency ?