Technology is increasing at such a rapid pace these days, meaning that it is often quite difficult to keep up with the latest products on the market. It is crazy to think that not so long ago there was just a simple television with only a few channels for people to watch.

Since then things have advanced so quickly it is hard to comprehend. There are so many more channels available all over the world. For instance, an individual can even watch foreign channels in their own country, such as Dish Latino offering many Spanish channels in the US. 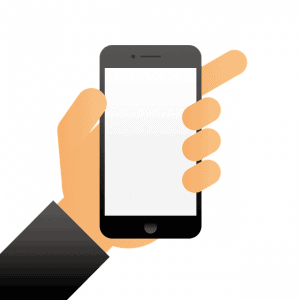 Nevertheless, there is no need to worry because this article is designed to keep individuals in the know. At present, the latest craze in technology has become the ability to watch TV on a smart phone. Thus, with iPhones being the most popular smart phone in particular, this article will reveal the top eight iPhone applications designed for the purposing of watching TV channels online.

Hulu Plus is one of the most popular and well-loved apps dedicated to watching TV on a smart phone via the internet. The main reason why Hulu Plus is so popular is because of its vast selection of TV shows and episodes. If there is something an individual wants to watch then there is a high chance they will find it on here. The app itself is free to download however a person can expect to pay $7.99 per month as a subscription in order to watch television.

If an individual has Cartoon Network via the cable subscription that they use at home then they will be able to download the Cartoon Network app and watch the programs for free on their iPhone. This is a great way to keep the children occupied when on the go as they will find all of their favorite programs, from Ben 10 to Tom and Jerry, on this application.

Netflix has the same payment requirement as the first app in the list; Hulu Plus. The app itself is free to download however there is a monthly subscription charge of $7.99 per each month. Netflix is highly popular because not only does it boast a massive range of television shows but it also has a whole host of movies too.

Like the Cartoon Network, the NBC app is completely free to download and use. However, an individual does not even need a cable subscription in order to benefit from it. People can watch all of their favourite NBC shows, such as Saturday Night Live and The Office. In addition to this, they can also play trivia games, watch video clips, and look through photo galleries and more as this is a multi-purpose application.

TBS is a great app for those who are a fan of comedy or need a bit of cheering up. The application is free to download and use however it requires the individual to have a cable subscription which shows TBS. By downloading this app you can expect all the shows one would find on TBS, such as Family Guy and House of Payne.

This is a must have app for any sports fan. The application not only boasts hundreds of television shows and games but it offers live streaming of certain sport games as well. As is the case for most applications, this one is free to download but it requires a cable subscription that boasts ESPN.

If programs such as The Closer and Falling Skies are something which appeals to people reading this, then TNT is defiantly the app to go for. The drama based television app is free to download but once again it requires the owner to have a cable subscription which includes TNT in its package.

AT&T U-Verse Live TV allows individuals to watch a whole host of different channels, including; MTV, Fox Sports and Comedy Central. The individual in question has the choice to watch these channels live or watch shows that have already been televised. Moreover, unlike other apps an individual does not need a cable subscription in order to benefit from this.

Nevertheless, a monthly payment is required and the subscription is set at $11.99 per each month.

How to make utmost use of Apple’s iCloud?