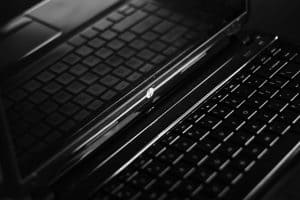 Is your HP laptop displaying a black screen with just caps lock blinking 2 times when you switch it on? This is an issue reported by many users around HP forums. The display going black can have several reasons like memory failure, BIOS corruption, or hardware failure. This is why HP has integrated these caps lock blinking features to help users be aware of the issue. Let’s find out more about the issue and how to resolve it.

What is the ‘HP Laptop Caps lock blinking 2 times’ error?

According to HP’s support forum, the 2 times blinking of caps lock refers to BIOS corruption failure. So if you’re having an issue of the display going black with 2 times caps lock blinking then it’s about BIOS corruption. This can be resolved easily. Follow the briefing down below.

Step 1: Remove the CMOS battery and reset it.

Note- This will only solve the issue temporarily. If you do not update your BIOS after this, then the issue may creep back in. Hence the next step is important.