Top 5 Ways to Keep Your Smartphones Safe from Hackers ?

If you think your smartphone is safe because you keep it locked with a PIN and don’t let anyone else use it, then you are wrong. The hackers of today are skilled enough to hack into your mobile device without you even knowing it. In fact, you will be surprised to learn about the various sly ways they can break into any mobile device.

One good example of this can be seen in the “Hacking your Phone” episode that was aired on CBC’s 60 Minutes. In it, they demonstratedhow an old telecom protocol called Signalling System 7 (SS7) can be exploited to tap into a mobile phone and listen to the conversations of the owner.  So, if you want to safeguard your privacy on your mobile device, then it’s important that you take the necessary measures, which are: 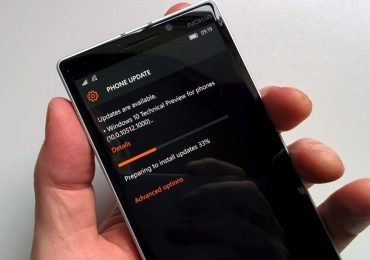 Installing software updates on your phone could be a hassle. However, avoiding them can make your device vulnerable to all kinds of exploits. Phone manufacturers and third-party software developers release software updates from time to time to not only make your experience with the app/phone better but also to patch the security vulnerabilities that they have encountered.

Hackers love public Wififor many reasons. However, the biggest one is that these networks allow them to hack into a device easily and then get away with it without leaving a trace.
It doesn’t matter whether a public Wifi is provided by your government or a private company, you can never rely on these 100%. This is because when you use Wifi at your home, you can monitor the activities on the network.

You also get the service with a reliable provider. However, a public wifi network is, well, “public”. So, a hacker can pullanything from their bag of tricks to breach the network and steal your bank account information, etc. It’s best to make it a rule of thumb to use only your mobileInternet when you need to access the Internet in public. In case you have no option but to use a public network, then make sure you don’t access sensitive websites (your online bank account, etc.).

There was a time when antivirus software programs were available only for the computers. However, today more people use mobiles than computers which is why there are a variety of good antivirus app for all major mobile platforms as well. One of the mobile antivirus programs that’s doing well currently is from Bitdefender. It’s easy to use and provides some of the best features in the mobile security segment. What’s more, there is Bitdefender Mobile Security for Android as well as Bitdefender Mobile Security for iOS. So, no matter which mobile device you have, you can find a version of the app for it.

It’s never a good idea to install apps or software on your mobile device through unofficial sources like email links, website links, etc. This is because many hackers tamper with genuine apps and inject harmful codes in them so that when you install these apps in your phone, they can bypass the security mechanisms of the device and compromise your privacy. If you want to keep your phone safe and secure, then download the apps only from the recognized/official stores like Play Store (Android) or iTunes (iOS).

You can add another layer of security to your mobile device by locking all the apps on your device that you think contain sensitive information, i.e. the information you don’t want a hacker to get access to. A few examples of this include mobile wallet apps, online banking apps, social media apps, etc. There are several apps that allow you to lock other apps easily. So, you can compare the most popular ones and pick one that works for you.

Once you have locked your apps, a person can only access these only if they know the PIN or the unlocking pattern, etc. i.e. the verification step that only you know. Mobile phones are often an easy target for the hackers due to their widespread use. Thus, stay alert and always use your device with caution.If you ever notice something unusualon your device, like an app you don’t recognize, or some other activity that you never observed before, then don’t shy from getting your phone checked out by an expert.