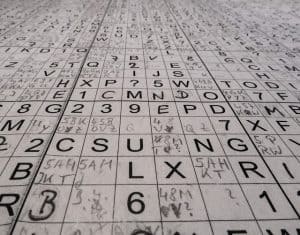 Sudoku has just been a great game that has inspired other logic puzzle games, art, and even TV shows! Sudoku was such a major craze in 2005. People all over England, especially in the United Kingdom were very enamored with Sudoku. It is for this reason that a number of TV producers tried to capitalize on the Sudoku craze by adapting it for television.

These Sudoku game shows had some sort of extra layer of interest other than simply being “televised Sudoku.” Sudoku is an incredibly fun and challenging game. However, it is usually a solitary activity, done quietly while sitting alone. The Sudoku game shows tried to make these TV shows more of a group interactive game with some extra color and graphics.

Without a doubt, Sudoku TV shows made the most of the adaptable nature of the Sudoku puzzle game. With that said, let’s take a quick look at some of the Sudoku-inspired TV shows we once have.

SUDO-Q is a British game show that was broadcasted between December 2005 and March 2007. The show was hosted by Eamonn Holmes. The game was based on a mix of the number puzzle Sudoku and general knowledge questions.

Three teams of two contestants competed in this show. This game was played in three rounds.

Round 1 was based on general knowledge questions and a 4X4 Sudoku grid. Four numbers were already placed. Teams were shown the grid. Then a square would be highlighted and the teams locked in what number should be inserted in that square. The fastest team to lock in the right number scored one point and got the right to answer a general question for another point, and the right to verbally place a number in another highlighted square for an additional of one point, for a maximum of three points. Round 1 ended when the entire grid was completed, or if only one square was left and so it wasn’t enough to play one more sub-round.

The second round of the show was focused on eliminating one of the three teams. Another 4X4 Sudoku grid is shown to the teams with four numbers already placed. The team then again locked in what number should go in the highlighted square. Again, the fastest team that locks in the right number gets one point and the right to answer general knowledge questions for another point. The only difference is that this time around, the correct answer gives the team the right to nominate members of the opposing team in which the fastest player with the correct number gets one point and stays in the game, while the other player is eliminated from the game.

Round 3 is Speed Sudoku whereby two players [one on each team] have 45 seconds each to solve the squares on a 6X6 grid, as they alternate turns. General questions are not played in this round. Correct numbers are two points, but incorrect numbers deduct one point. When one player runs out of time, the other player is given the rest of their time to finish the grid as much as possible. This round ends when the grid is complete or when the time expires for both players.  The team with higher points at the end of this round wins the game.

The final round gives the winning team three more minutes to solve another 6X6 grid for money. The host asks a number of questions in which correct answers earn an attempt to place a number in the highlighted square. An incorrect answer stays on that particular square, while a correct or an incorrect number goes to another square. There are 18 squares in total to be solved. Each correctly placed number is worth £50 and a bonus of £200 for completing the entire grid, and a grand prize of £2000.

Sudoku lives appeared in 2005 on the BBC. It was the first live Sudoku game show in the whole world. On this show, there were four teams of 9 people each representing different geographic regions and with one celebrity contestant on each team. Another incredible thing about this show is that even the audience watching at home could also compete separately in an interactive Sudoku competition.

The Street Cred Sudoku was also another popular and unique Sudoku game show. It appeared on TV in the United Kingdom between 2005 to 2007. However, this Sudoku game show had a slightly different Sudoku variation; it featured two-person teams of comedians who competed to answer quiz questions. Whoever answered the questions correctly got numbers placed to complete their Sudoku grid. Again, the teams had to answer their questions in an amusing way. This TV show was hosted by Collin Murray and Andy Goldstein.

There are various Sudoku variations, and it is quite easy to see why when you look at the various ways that Sudoku was presented on TV- team Sudoku quiz, 4X4 Sudoku, quiz show Sudoku; just the same way when you choose to play Sudoku online you will come across several Sudoku variations. All in all, Sudoku TV shows made the most of the adaptable nature of the Sudoku puzzle game.

While none of these Sudoku TV shows lasted longer than 2007, we can say that they taught people a few insights and lessons that helped many people become better Sudoku puzzle players and even enjoy this incredible game more.