The Future Technology of Ham Radios 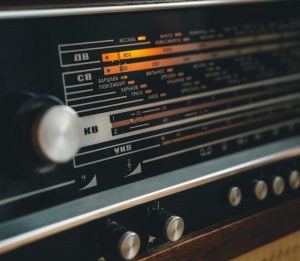 Ham radio has been about since the middle of the 19th century. It reached a peak in the 70s, and it stayed strong until the early 2000s, so why are we talking about it now? It turns out there’s a resurgence happening!

Whether you’ve been inspired by the ham radios seen in the Netflix hit show Stranger Things or are just looking to learn something new, this hobby is one for the techies! In fact, with no sign of its popularity slowing down any time soon, we’d get hold of the equipment now while you still can!

Besides, with the next generation of ham radios around today, you’ve got a lot to learn—let’s get into it!

Starting a new hobby can be overwhelming, but it can seem impossible even to get started when your hobby is ham radio. The amount of equipment needed and the required research can feel too much. But we’re here to reassure you: ham radio for beginners is far easier than it looks!

Our top tips: do your research and talk to others in the community!

Unlike some hobbies, ham radio can teach you lifelong skills you are almost guaranteed to use outside your leisure time! You’re likely to learn more about physics and mathematics using ham radios than you did in school!

But what are the basic tech skills you will need? We’re way ahead of you:

If you start learning these skills early on, you’ll fly through ham radio with top marks!

Ham Radio in the 21st Century

Since ham radio has been about since the 1950s, you might be asking if technology has evolved. The answer is a simple yes! Most excitingly, we’re seeing ham radio move to the wireless world in recent years!

But that’s not all. Some ham radio enthusiasts are finding themselves playing with software these days. And then, of course, there is the readily available connection to the internet to play with—oh, and did someone mention touch screen?

As you can see, even if you did dabble in ham radio in the 70s, there’s so much to learn about it now in the 21st century. It’s almost like a whole new hobby!

Brush Up On Your Tech Skills and Join the Club!

Whether you’re an old timer looking to refresh your skills and get back into it, or a newbie looking for something new and exciting to sink their teeth into, ham radio is an excellent option for any techie! The resources available to research and learn about it will get your foot in the door, and—trust us—once you’re there, you won’t want to leave!

You’ll learn transferable skills, make friends you otherwise wouldn’t have met, and watch technology evolve in real time! We don’t know about you, but we’re just off to set up our new kit—hopefully, we’ll speak to you out there!