Home Technology The What and How of Hydraulic Cylinder Parts
Technology

The What and How of Hydraulic Cylinder Parts 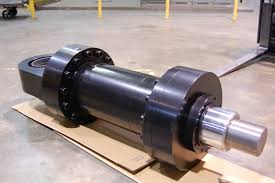 What Do Hydraulic Cylinders Do?

Hydraulic cylinders work by allowing a hydraulic system to convert the energy found in the hydraulic fluid into a straight-line force, or as mentioned above, into a linear force. This takes place as pressurized hydraulic fluid causes the piston of the cylinder to move in a straight line. As a result, this moves the rod that is connected to the load. Ultimately, this allows the energy in the fluid of the hydraulic system to convert itself into a power that can be controlled, therefore meaning it can be leveraged for useful work.

What Are the Key Components of a Hydraulic Cylinder?

Are There Different Types of Hydraulic Cylinders?

Why Should You Study Hydraulic System?

Understanding how hydraulic cylinders and systems work is paramount to operating a company that uses industrial machines or creates hydraulic engines. With the right hydraulic cylinder parts and systems, it becomes possible to form metals along with various other types of materials using very high force but with only a relatively small amount of highly-pressurized fluid.

TalkTalk webmail or TalkTalk mail offers different types of mail services to people in the UK. It is a limited company and provides many...
Read more
Technology

Is your HP laptop displaying a black screen with just caps lock blinking 2 times when you switch it on? This is an issue...
Read more
Technology

Is your laptop screen turning black when you switch it on? And the only thing you can see happening is the caps lock blinking...
Read more