Many individuals consider Voice over Internet Protocol (VoIP) a relatively complex topic, but in reality, VoIP is much simpler than you think. Perhaps the only problem is that it involves numerous technical terms that make it more confusing. ‘Internet telephony,’ ‘network packets,’ and ‘Session Initiation Protocol’ are just a few examples, but while researching the matter in general, you may have stumbled upon Yealink IP phones as well. Before you delve deeper into that topic, it would be best to learn more about VoIP. 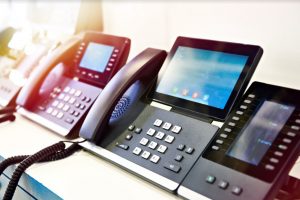 How Does VoIP Work?

You may have seen countless definitions of VoIP that make little to no sense, but in essence, VoIP is the technology that converts your voice into a digital signal, as opposed to traditional analog phones that transmit sound waves as electrical energy. As such, with VoIP, you can exchange calls via the Internet, but there are a few conditions you must first fulfill.

One, since the very core of VoIP is to make calls via the Internet, having an internet connection is a must, so getting a router and modem is usually the first step.

Next, you need to prepare the device that would serve as the medium for the entire process. Only a few devices have that kind of capacity, and IP phones are one of them.

IP phones, or what some may refer to as internet phones or broadband phones, are devices that allow individuals to use VoIP technology. You can obtain such devices by purchasing them from a legitimate company, and one particular brand known for IP phones is Yealink.

Yealink is a multifaceted enterprise with numerous voice and video communication channels and products. It was founded in 2001 and has since become a far-reaching global entity over the past few years. In 2018, it topped the global market share of Session Initiation Protocol (SIP) phone shipments, which made Yealink one of the most well-known IP telephony product manufacturers, although their popularity is largely due to their product line of SIP phones.

What Is Session Initiation Protocol?

As stated earlier, Voice over Internet Protocol is the technology that enables voice communication over Internet Protocol networks. However, transferring data such as audio and video over the Internet isn’t as simple as sending a link or composing an email. Behind it is a set of rules that decides how the technology would handle the data. Those rules are what experts call VoIP protocols. Session Initiation Protocol is simply one of these protocols, a particularly popular one at that, and for several reasons:

There are countless other VoIP protocols, such as H.323, Media Gateway Control Protocol (MGCP), and Skype Protocol. Unfortunately, a single IP phone can’t possibly handle all kinds of VoIP protocols. It usually only specializes in one protocol.

Yealink IP phones specialize in SIP, and while the protocol itself is already good enough as is, the brand has made it even better with its own approach to SIP phones. 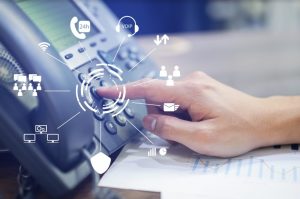 Yealink isn’t the only brand manufacturing SIP phones, or VoIP phones for that matter, yet it’s often the brand you’ll find first when looking for such products. Naturally, you’d be curious as to how their popularity came to be. In that case, here are a few possible reasons Yealink IP phones are top 1 in the global market share for SIP phones:

It’s only natural to have some prejudice against Yealink IP phones at first, especially if you’re not entirely knowledgeable of VoIP. After all, you’ve probably only heard of it from online reviews, which can be difficult to trust. Nevertheless, now that you know VoIP better than before, it should be easier to comprehend why Yealink is as popular as it is now.

Laptop or Desktop: Which is Best for You ?